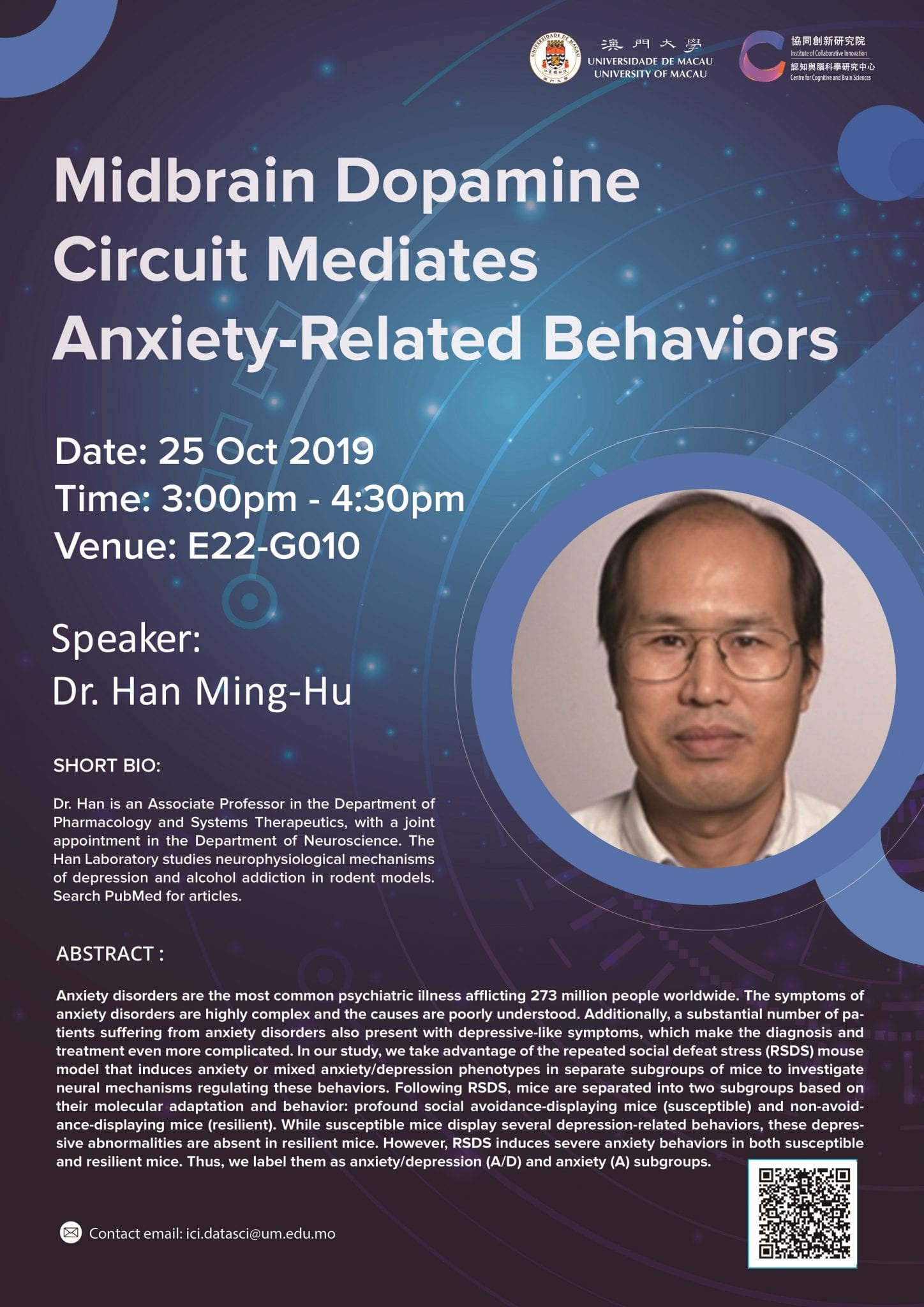 In our study, we take advantage of the repeated social defeat stress (RSDS) mouse model that induces anxiety or mixed anxiety/depression phenotypes in separate subgroups of mice to investigate neural mechanisms regulating these behaviors. Following RSDS, mice are separated into two subgroups based on their molecular adaptation and behavior: profound social avoidance-displaying mice (susceptible) and non-avoidance-displaying mice (resilient). While susceptible mice display several depression-related behaviors, these depressive abnormalities are absent in resilient mice. However, RSDS induces severe anxiety behaviors in both susceptible and resilient mice. Thus, we label them as anxiety/depression (A/D) and anxiety (A) subgroups. Numerous studies have implicated the role of ventral tegmental area (VTA) dopamine (DA) subcircuits in anxiety and depression. Utilizing neural circuit-probing techniques, we previously observed that maladaptive firing activity occurred in the VTA DA neurons projecting to the medial prefrontal cortex and VTA DA neurons projecting to the nucleus accumbens selectively in A/D mice (depression-susceptible mice), but not in the A mice (the depression-resilient group). However, our current results show that the firing activity of VTA neurons projecting to the amygdala (VTA-AMG) is dramatically decreased in both A/D and A mice. Additionally, using in vivo calcium imaging in freely moving mice, we correlate VTA-AMG circuit activity with the expression of anxiety phenotype but not depressive-related phenotype. Finally, we further demonstrated the causal link between the firing maladaptations in VTA-AMG subcircuit and anxiety phenotype. Our findings support that the VTA-AMG circuit may play a crucial role in mediating the anxiety-like behaviors observed in both A/D and A mice following RSDS.

We would like to extend an invitation to all of you to join us on this exciting event.